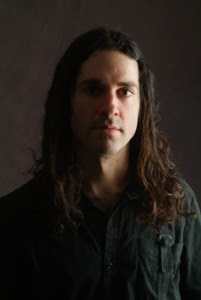 Hello ALL,
I said I would get back to the story of our Drummer, Richard.

Our brother is quite hurt. Richard and I work part time for an Audio/Visual company. Two weeks ago he was on a six foot ladder helping me install some ceiling speakers in an office. He leaned forward and put too much body-weight on the ceiling grid. It gave way and he fell. He rolled his left ankle INWARD, not outward like a normal ankle roll. He sustained a COMPOUND FRACTURE on his left ankle. For those of you squeamish folks, yes his bones basically shattered and tried to poke out of his heel. He will be in a cast for over three months. Like most of us musicians, we cannot afford health insurance, so he is in physical and financial pain. We are doing everything we can to help him out.
Now, the good news is that we are hopeful Richard will pull a DEF LEPPARD and continue to drum for us even though he will be not able to use his left leg. (FYI - his left leg is used to work the high-hat cymbals and double kick drum)
Now I am fully aware that Rick Allen lost his arm, but for god sake he was a millionare and had many more resources available to help him. Our local hospitals are treating Richard like shit because he has no money.
So with that said,
Please look forward to some upcoming shows with our crippled but TOUGH and DETERMINED drummer RICHARD!
Please show your love for our brother and give him your support!!!!

You can do it, Rich! 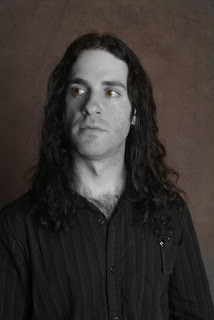 Many fans have asked for stories about the band on the road.
Well, THERE ARE TONS OF ‘EM!
So, I suppose I will start with a recent story and work my way back.


Last Saturday, we played a bar in West Helena, AR called Horses and Harley's. We haven't seen any horses, but a few Harley's showed up along with a few people.

The van had been experiencing mechanical problems over the past few months. It would just die in the middle of driving, and then a few minutes later start right back up again. Ford couldn't find the problem for weeks (they built the damn thing and still couldn't even figure it out). Anyway, we made it to the show just fine, but after we finished and loaded out, the van would not start. We waited the normal few minutes and tried again and again, but with no luck.

Finally, I resorted to calling AAA. After waiting an hour for them to locate a wrecker company to have the balls to drive us 90 miles back to Memphis, we were told a driver was on his way. GREAT! Not great. "How many people are with you", AAA asked. 'Four.' I replied.
Well, AAA only allows two people to ride in the tow vehicle. It's 3:00 o'clock in the f-ing morning. Who the hell are we going to call! Let's wake up any friend at 3am and see how ready they are to drive.
SO, we got clever. Let's hide two of us in the back of the van and keep quiet. we'll make it back and not have to worry anyone. Randy called a quick "Shotgun" to ensure his place next to me. (I'm the one with the AAA membership, so I automatically get a spot.)
Gaff and Steve (a replacement drummer for the night. I'll explain in another blog about Richard. Standby for that story next!)

As I was saying, we rearranged the items in the back of my van so we could hide Gaff and Steve as stowaways! This is totally against the law, but for god's sake, IT'S THREE IN THE MORNING AND WE'RE TIRED! We'll take the chance.

It was funny waiting for the tow truck, because every car that drove by caused a quick panic on trying to stay undetected from view. Finally, the many dress rehearsals paid off, Gaff and Steve successfully loaded themselves in the back and awaited the 90-mile journey back to my house.
Gaff's original idea was to have the tow truck run by his house to drop him off, but without telling the driver. That did not deserve a response, so the revised plan was in action.

The tow driver dude showed up. He was a spitting image of Willie Nelson. No shit! This guy has got to be related in some way. He loaded the van onto his, and without detection, Gaff and Steve were safely on top of a tow truck. So far, so good!
As we were pulling away from the club, the driver, Robert (I remember his name now) He says, "I hope the weigh station is closed." What the F--- matters about a weigh station, I thought. So I asked him what he meant. First of all, we are not allowed to have three people in the cab of a towing vehicle in Mississippi. In Arkansas it's okay. But in order to get home the quickest way, we have to go through Mississippi. He was telling us, that just a few days before, he got pulled over and both vehicles were searched and fined. It took over an hour and cost him several hundred dollars in fines.

Well, what the hell do you think was going to happen to us when they find Gaff and Steve in the back of the van!? There is no telling what they might have in possession that would just make matters WORSE! We are screwed!

Randy and I were basically holding hands in prayer as we crossed the river waiting for the station sign to say "open" or "closed".

The moment arrived and…it was…CLOSED! Breathing a huge sigh of relief and laughing at the now moot point that Gaff and Steve had absolutely NO clue that anything horrible could have happened. Ignorance is bliss? Hardly! This tow truck had a VERY tight suspension. The ride was extremely BUMPY. We were uncomfortable in the cab, so I could only imagine the ride in the back of the van. (Steve told me later that he hit his head several times on the ceiling of the van due to several good bumps in the road.)

Once we got on the four-lane road (Highway 61). I asked the driver if he had any interesting stories about people who were stranded like us. Pandora’s Box just got opened, people!

Anyway, he drove all 90 miles going 50 mph and we made it back safely at 5am. Robert dumped the van in the driveway and drove off. Randy and I opened the back of the van to retrieve Gaff and Steve. They were asleep-I guess once we hit the interstate the smooth ride knocked them out.

Randy and I told them about their nearly disastrous encounters, but it didn’t matter. We pulled it off! Well you know curiosity did get the best of me, so I decided to give the van one last crank and what do ya know....it started (go figure)!

Come back for more stories soon.